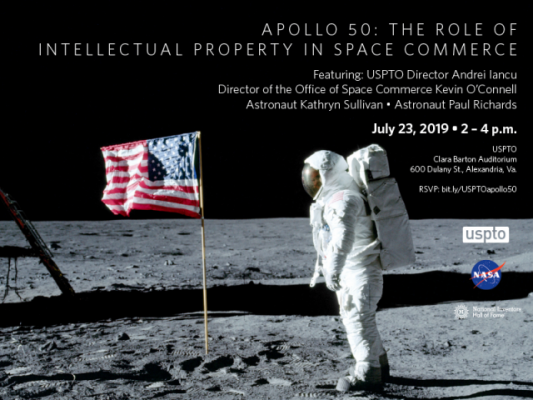 To commemorate the 50th anniversary of the moon landing, the USPTO will host an event focused on space innovation, technology transfer from the Apollo missions, and an overview of the current administration’s policy on space exploration, commerce, and industry.